Barbara Barrett has been named honorary chair of the Arizona Women’s Education and Employment  2018 Faces of Success Gala.

The event, which will take place February 9 at the PERA Club, will celebrate success stories and memories. This is also the event’s first year as a gala after 22 years as a luncheon.
Barrett will also receive the inaugural Barbara Barrett Arizona Women’s Education and Employment Icon Award, which will be presented annually in her name to a person who reflects courage, strength and character to overcome challenges and obstacles.
“We are thrilled to recognize and honor the significant contributions that Ambassador Barbara Barrett has made, not just to Arizona Women’s Education and Employment but to the entire community, and to acknowledge through this annual award individuals who have overcome significant barriers to create better tomorrows for themselves, their families and their communities,” said Christina Worden, Faces of Success committee chair and political involvement committee administrator at Salt River Project.
Barrett represented the United States as ambassador to Finland, served as interim president of the Thunderbird School of Global Management, held the position of CEO of the American Management Association and worked as a senior advisor to a U.S. mission to the United Nations.
She chairs the board of The Aerospace Corporation, serves on the boards of RAND and the Smithsonian and owns a guest ranch that has been rated the best hotel in the world, twice.
Despite these accomplishments, Barrett’s early life wasn’t easy. At 13-years-old she began working by giving horseback rides and lessons to help support her family when her father died of a heart attack. She worked multiple part-time jobs while she attended Arizona State University and held an undergraduate internship in the Arizona legislature where she drafted a bill that launched the Arizona Department of Transportation.
She was appointed vice chairman of the U.S. Civil Aeronautics Board and later was appointed as the first woman deputy administrator of the Federal Aviation Administration.
She recognized the importance of education and employment for women and became a member of the Arizona Women’s Education and Employment board during its formative years.

The cookbook committee is very excited to be at this stage of development of the Tastes & Treasures II cookbook. Evans Communications has two lovely ladies on our project. Cheyenne is fun to work with, has great ideas and her designs are very appealing. She is the key person who takes all our information and puts it together for O'Neil Printing. Whitney is new to the game and brings her knowledge and enthusiasm.
It's all good!

Tastes & Treasures II, A Storytelling Cookbook of Historic Arizona will share the story of Rancho de Los Caballeros and it's recipes when the book is published this fall. Congratulations to 70 years. 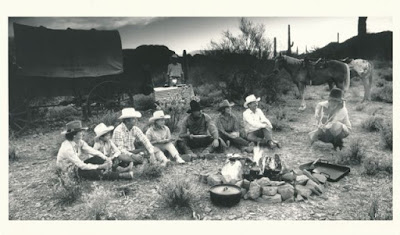 The United States was still recovering from World War II.

The first Polaroid Land Camera goes on sale in US department stores (No, you couldn’t pre-order the camera on Amazon Prime!).

The independent state of Israel was created, the musical South Pacific opened on Broadway and James Taylor, Ozzy Osbourne and Al Gore were born.

At the same time, Rancho de los Caballeros was preparing to open for its first inaugural season.

Today, we prepare for our 70th anniversary season here at the ranch. Much has changed in the world but the ranch remains true to its roots; we still offer our special brand of Southwestern hospitality in an environment largely unchanged by the decades which have passed.
Posted by Ruth at 3:48 AM No comments:

Besides making sure the recipes were accurate and enjoying the good food, the Tasting Parties are more . . . getting to know everyone on the cookbook committee and becoming friends is an added bonus! 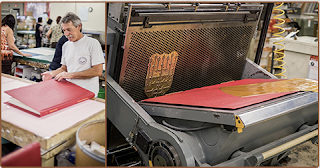 Learn about the fascinating book binding business  at 9:45 am on September 21 when the Historical League tours Roswell Bookbinding. Mike Roswell has plenty of history in the Phoenix area beginning when his parents moved here from back east to help their younger son recover from asthma and to start a new business. It is especially meaningful for the League because Roswell Bookbinding is doing the work on Tastes and Treasures cookbook Volume II that we plan on publishing this fall.

Our lunch after the tour is at St. Mary's Food Bank Catering Kitchen, which is 1/2 mile away. St. Mary's Food Bank is celebrating 50 years of service this year. They will be featured in our new cookbook with several recipes from their Catering Kitchen students. The students had a contest to see whose recipe would be published and they are anxious to find out the winners!

Space is limited to 30 on the tour. Contact RuthMcleod@earthlink.net to be included. Cost for tour and lunch $25 for League members.  Cost for Non-League members is $30. 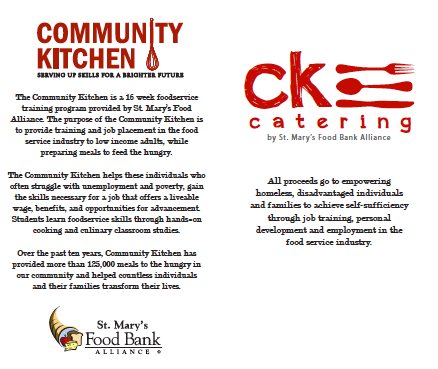 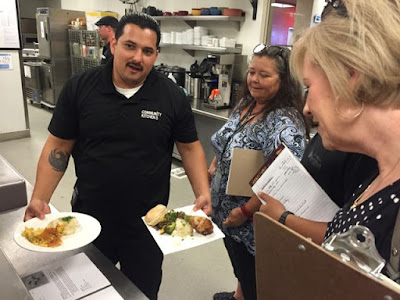 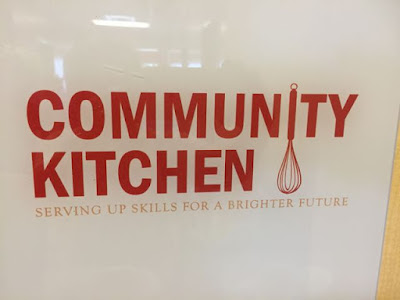 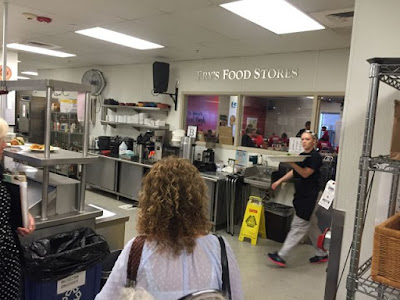 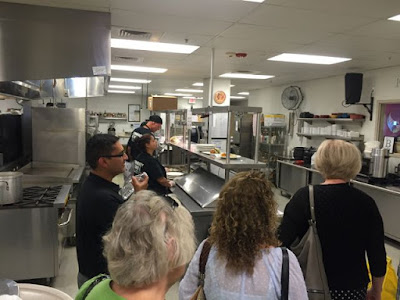 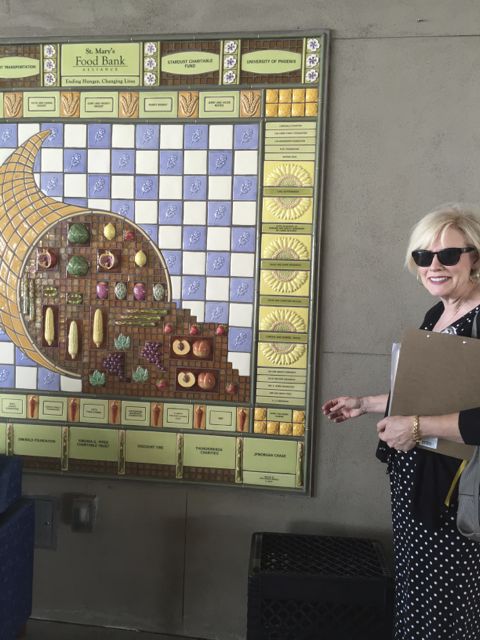 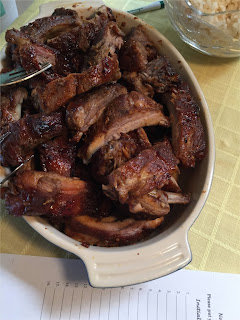 Sampling delicious foods at the Tasting Party are part of the perks of being on the Cookbook Committee. The party at Cathy Shumard's home was filled with amazing dishes. One of the most popular was the Short Ribs from St. Mary's Food Bank Community Kitchen. YUMMMM. Recipe will definitely be in Tastes & Treasures cookbook, Volume II. 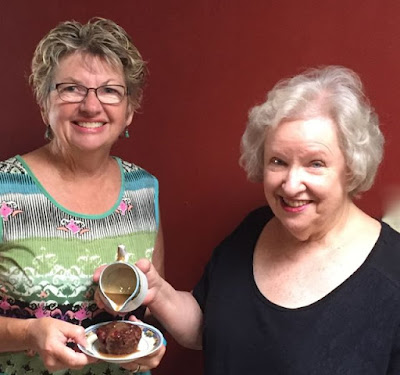 A new Tribute Page from Zona Lorig honoring her grandmother Edith Cowan Davis brought this wonderful Cranberry Pudding to our attention. The recipe calls for no sugar in the pudding.  Molasses is used instead. In combination with the tart cranberries . . . your taste buds are rocking! The wonderful sugary, buttery sauce more than makes up for the tart fruit!
Cathy Shumard tested this recipe, not covering it while baking and it turned out delicious. Ruth McLeod was the lucky recipient of the testing. Now Cathy is experimenting to see if covering it will make it even better.
Zona mentioned this recipe has been served at every special occasion by all her eleven cousins for years. What a wonderful tradition. 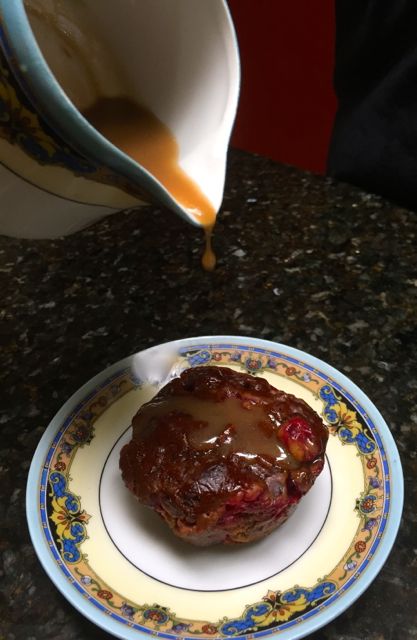 Looking forward to making it myself when Tastes & Treasures cookbook, Volume II comes out this fall.
Posted by Ruth at 4:30 AM No comments:

Here is your chance to nominate that outstanding individual to be honored as a Historymaker in 2019.

Qualifications: you must be a member of the Historical League or Arizona Historical Society. Join at www.HistoricalLeague.org/membership.aspx 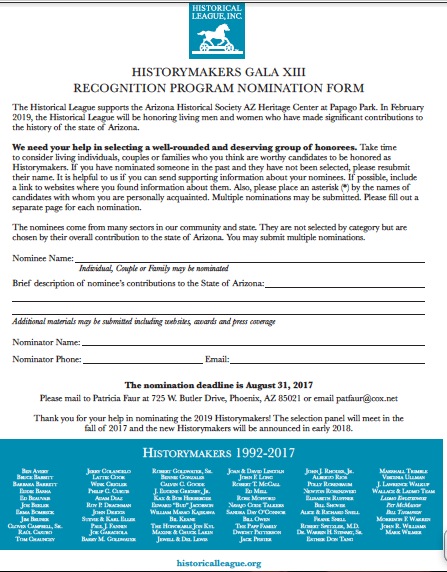 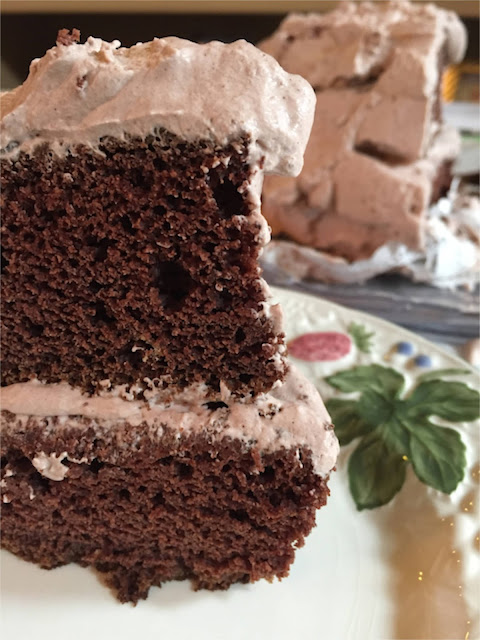 When we talk about Tasting Parties, the desserts are often left out of the conversation. Not so at Cathy Shumard's home June 30. This was a feast for the eyes, mouthwatering for the taste buds and yummy in the tummy. Enough of those silly sayings - the desserts were outstanding.  All these recipes have been assembled for Tastes & Treasures cookbook Volume II. Historymaker Eddie Basha's widow, Nadine, sent us his favorite Chocolate Cake. Bonnie Newhoff baked it to perfection! Historymaker Mark Wilmer's daughters sent us a decadent Raspberry Torte. Cathy Shumard did a fabulous job re-creating it. The buttery rich shortbread is from The Spicery in Our 1895 Home. A big Thank You to Jan Murray for baking it. 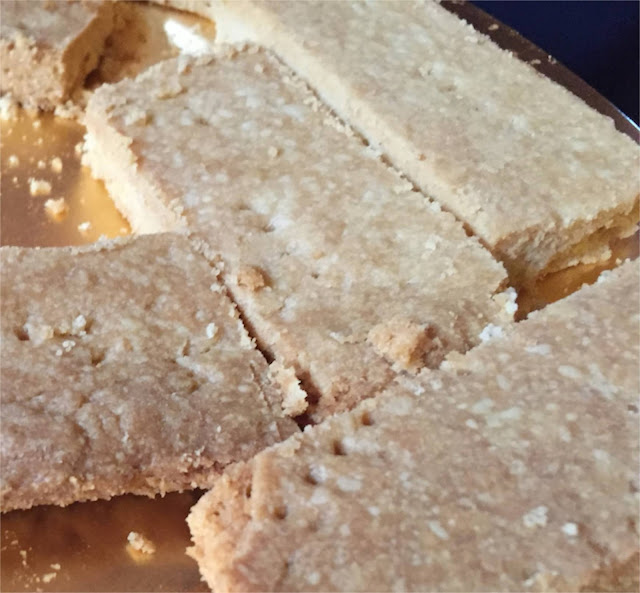 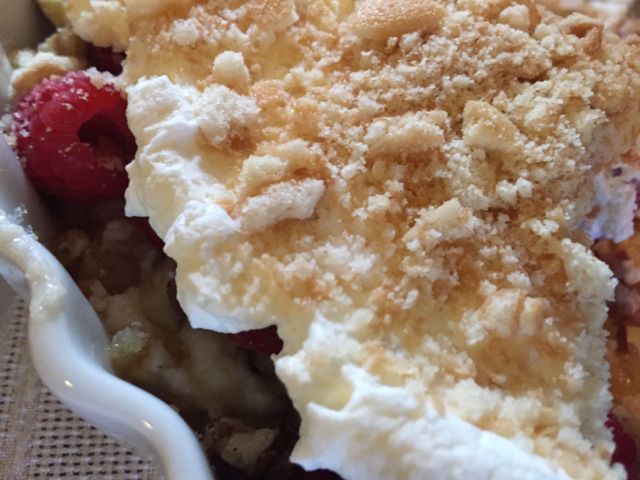 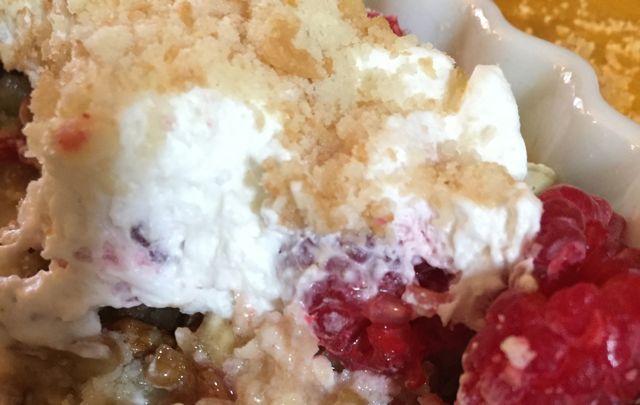 The Historical League is very pleased to support this outstanding program! National History Day in Arizona (NHDAZ) is coordinated by the Arizona Historical Society and is supported in part by a grant from the Historical League, Inc.  This year nearly 400 students from around Arizona participated in NHDAZ. Fifty of these Arizona students earned the chance to compete in the National History Day Contest in College Park, Maryland.
Saba Shakir, from New Vistas Center for Education in Chandler, took 1st Place out of 100 entries in the Junior Individual Websites division/category. Saba’s project was titled “The Silent Stand: Tinker vs. Des Moines.”
Aidan Scott from Heritage Academy Gateway in Mesa received the Junior Division Outstanding State Entry Award for his Junior Historical Paper titled “William Tyndale: A Stand for the Common Man.”
This year’s Senior Division Outstanding State Entry Award went to Frankie O’Neill for her Senior Individual Documentary project titled “Show Boat: Navigating the River of Racism”. Her project took 7th place nationally in the Senior Individual Documentary category. Frankie is from Westwood High School in Mesa.
Neera Patel, a sixth grader from Chandler, was selected to exhibit her Junior Individual Exhibit, “Taking a Stand Amidst Terror”, on June 14, 2017, at the National Museum of American History. During regular museum hours Neera was visited by museum guests and discussed her exhibit regarding the role of Sophie Scholl in the White Rose resistance group in Nazi Germany.
For more information on how you can get involved with NHDAZ visit www.nhdaz.org.
Posted by Ruth at 4:30 AM No comments: