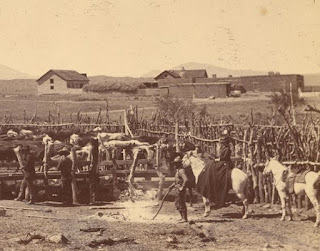 March 6, 2017 Guest Speaker for the Historical League meeting will be Leonard Macisz.

Leonard Macisz who originally came from the corporate world turned himself into a devoted natural and Historical preservationist.  Not only did he serve as president of the Arizona Historical Society from 2011-2015, but he became chairman of the board of the McDowell Sonoran Conservancy, and consultant to the City of Scottsdale with regard to the procurement of archaeological services.  He is an expert historian on the McDowell Mountains and frequently writes articles and provides presentations to the public, and students at Arizona State University.

Mr. Marcisz will paint a picture of two very women, Goldie Brown and Annie White, who lived as ranching wives in different eras in Arizona.  Their stories will delight, amuse and amaze those of us who might have that “stereotypical image" of what a western ranch wife was supposed to be.