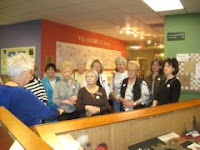 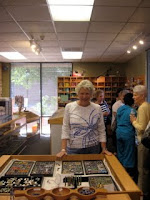 The March Historical League tour was at the “Bead Museum” at 5754 W. Glenn Drive in Glendale. We had a docent-led tour of the museum to see their “From Caves to Castles: If Beads Could Talk” exhibit. This collection of ancient beads from the private collection of museum founder Gabrielle Liese has never been on display before. After the 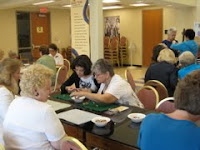 tour, we had the opportunity to mak 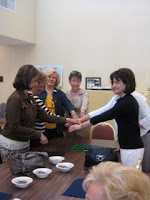 
Lunch followed at Kimberly Ann’s Victorian Tearoom at 7153 N. 59th Ave. Opened in 1994, Mae Collins named her tearoom after the granddaughter she raised.

She was motivated by the happiness she brought customers in her boutique, which grew into an ice crea

m parlor and then into the lovely tearoom.