Historymaker Barbara Barrett to speak at Annual Recognition Luncheon May 3 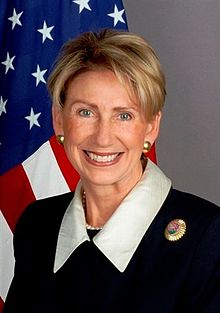 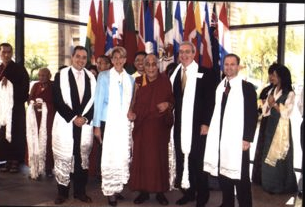 Barbara Barrett’s career has featured several “firsts.” She was appointed by President Reagan to be the first woman deputy director of the Federal Aviation Administration. She was also the first Republican woman to run for Governor of Arizona and the first civilian woman to land an F/A-18 Hornet on an aircraft carrier.
Barbara has been chairman of the Aerospace Corporation, member of the boards of California Institute of Technology, Sally Ride Science, RAND Corporation, Smithsonian Institution, Horatio Alger Association of Distinguished Americans and Lasker Foundation. She and her husband Craig own Triple Creek Ranch in Montana, named by Travel + Leisure as the best hotel in the world for 2014.
She reflected back to her time studying at ASU, "During an internship at the Arizona State Legislature, I drafted transportation legislation and met community leaders. “I had the privilege of working with such superstars as Sandra Day O’Connor, Bill Jacquin, Jim McNulty, Burt Barr and Stan Akers. They were a line-up of wonderful leaders and role models who helped set a course for me of community involvement, as well as political involvement.”


Join us for this event. $50 includes lunch and tour of Wrigley Mansion. RSVP at www.HistoricalLeague.org
Posted by Ruth at 4:30 AM No comments: