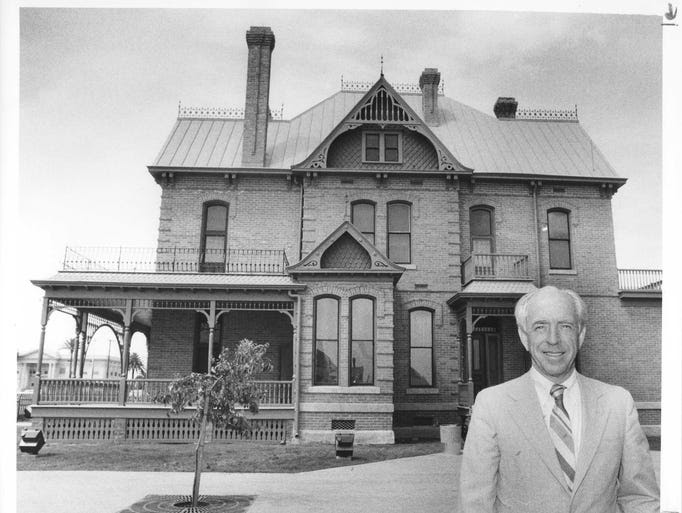 John Douglas Driggs passed away on December 11, 2014 at age 87. He was born in Douglas, Arizona, but the family soon moved to Phoenix where he graduated from North Phoenix High School. He served in the Navy in World War II, was a missionary for the LDS Church in New England, and then earned an undergraduate degree and MBA from Stanford University. For 35 years, he was employed as an executive at Western Savings and Loan, a business started by his family.

Historical preservation was a passion of John Driggs and under his leadership the Rosson House and Heritage Square in Phoenix were restored. His latest project was guiding the restoration of Tovrea Castle.

In 2005, John was honored as a Historymaker. John was very supportive of the Historical League and participated in Historymaker presentations and events. John also served on the state board of the Arizona Historical Society.