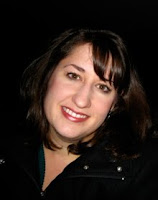 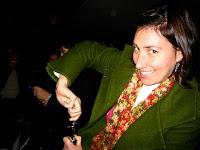 We spent the evening in a limo with our son, daughter in law and daughter sipping wine and enjoying the Christmas lights at Phalen Park in St Paul. This was a birthday gift to my husband and it was a lovely idea. Dinner at Salute followed with a Red Velvet birthday cake topped with sparkler. This cake is so moist and rich with cream cheese frosting. Yummm. 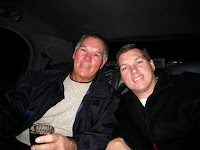 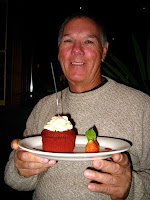 Cream shortening; beat in sugar gradually. Add eggs, one at a time; beat well after each addition. Make paste of cocoa and food coloring; add to creamed mixture. Add salt, flour and vanilla alternately with buttermilk, beating well after each addition. Sprinkle soda over vinegar; pour vinegar over batter. Stir until thoroughly mixed. Bake in 3 8-inch pans or 2 9-inch pans for 30 minutes at 350°.

History
Although the details are sketchy at best, red velvet cake is not as Southern as many like to think. The story, which began circulating some time in the 1940s, claimed that Manhattan's elegant Waldorf-Astoria granted a diner's request for the recipe, then a short time later sent her a bill in the amount of $100. The angry woman, apparently with revenge in mind, then began circulating the recipe along with the story. Another "baked" legend with the same storyline is the $250 Chocolate Chip Cookie, also known as the Neiman-Marcus Chocolate Chip Cookie Recipe.