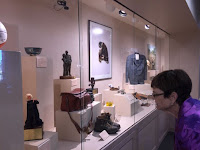 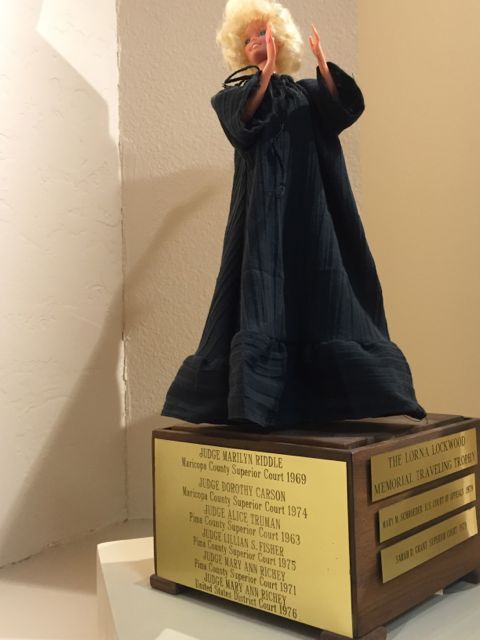 This Lorna Lockwood Traveling trophy was given to Sandra Day O'Connor. Several female judges received it prior to Justice O'Connor but it was decided that the award would retire with her. She generously donated it to the AHS Museum where it is on display in Historymakers Hall.

Zona Lorig worked on creating accurate signage for all the artifacts in the exhibit including Ben Avery's hiking boots and a 1937 Arizona State Teacher's College signed football from Bill Kajikawa. 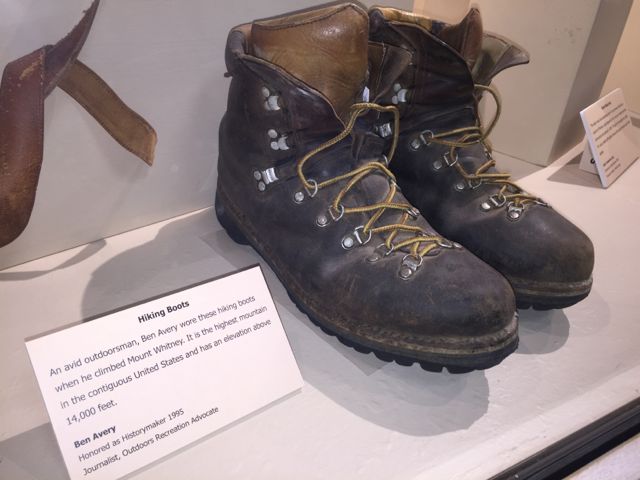 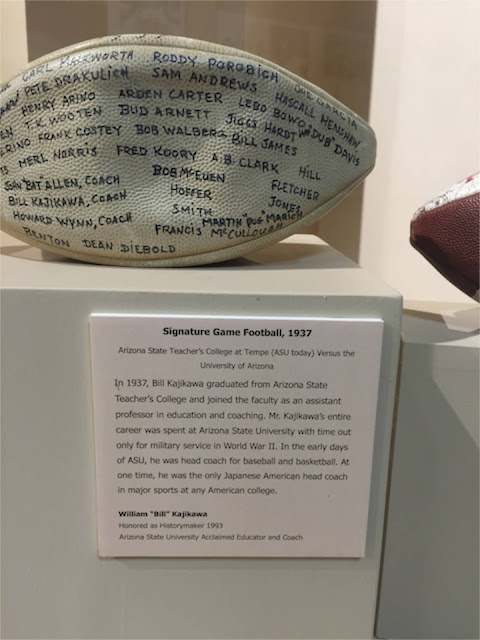