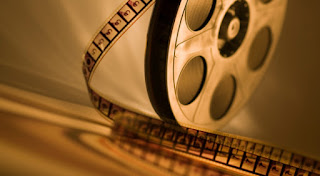 Posted October 5, 2016 by AZ Business Leaders
The Historical League has selected Sun Studios of Tempe for a prestigious project documenting the state’s most celebrated leaders.
The new studio company will produce documentary oral histories of the 2017 class of Historymakers, an honor recognizing outstanding living Arizonans who have distinguished themselves with notable achievements in diverse areas including the arts, athletics, communications, education, healthcare and entertainment, as well as community service and philanthropy..
The Historical League’s Historymakers Gala and Recognition Program, has recognized and honored outstanding living Arizonans since 1992, such as Sandra Day O’Connor, Bil Keane, Erma Bombeck, Eddie Basha, Barry Goldwater, Joe Garagiola, the Navajo Code Talkers, Raul Castro and many others.
Sun Studios, which opened in May and located at 1425 West 14th St., Tempe, is a production facility, event venue, theater and recording studio that offers two sound stages, a massive green-screen cyclorama, and full array of professional grade production and recording equipment.
“We are fortunate to be working with the professionals at Sun Studios to ensure the highest quality production of our Historymakers oral histories,” said Patricia Faur, Historymakers Recognition Committee Chair. “The audio and video component of this project is critical in telling and preserving the stories of the outstanding living Arizonans we will  to recognize at our gala in 2017.”
“It’s a real privilege to work with The Historical League and be part of our state’s history,” said Darrin Ramage, president and CEO of Sun Studios of Arizona. “We are honored to be chosen for this project, which helps tell the story of our great state.”
The Historical League is an organization dedicated to preserving Arizona’s rich cultural heritage, supporting the AZ Heritage Center at Papago Park and promoting continued public awareness of the Arizona Historical Society, the state’s oldest cultural institution
In February, the Historical League unveiled its slate of new Historymakers inductees at the Arizona Heritage Center at Papago Park in Tempe. The new Historymakers is an impressive collection of achievers who call Arizona home and who join a select list of diverse honorees from Sandra Day O’Connor to Eddie Basha.
The 2017 inductees include:
·      Ed Beauvais, Founder of America West Airlines;
·      Wink Crigler, Owner of the X Diamond Ranch and curator of The Little House Museum in the White Mountains;
·      U.S. Senator Jon Kyl, Statesman and stalwart advocate for Arizona’s water resources;
·      The Papp Family – Marilyn, Rosellen & Harry, Business leaders and generous benefactors to Arizona arts and culture;
·      Dr. Robert Spetzler of Barrow Neurological Institute;
·      and Warren Stewart, Pastor of First Institutional Baptist Church in Phoenix and community activist.
Through biographies, portraits, oral histories, photos and memorabilia, the Historymakers’ life stories become an important part of the Arizona Historical Society Museum through archives and exhibits.
The inductees will be honored on March 4, 2017, at The Historymakers Gala, a fundraiser unique to the Historical League, which supports education and other programs at the AZ Heritage Center at Papago Park. The 2017 event will be held at the Arizona Biltmore Resort.
Sun Studios of Arizona is one of Arizona’s largest and most comprehensive film, video and audio production studios. It features a 225-seat high-definition auditorium, two large sound stages, a full audio production and recording suite and everything needed for the creation of quality audiovisual projects. The studio is also an active event venue for corporate and non-profit meetings and events.http://azbigmedia.com/az-business-leaders/sun-studios-document-arizona-historymakers
Posted by Ruth at 7:51 AM No comments: