Holiday parties. Great time to enjoy friendships, food and favorite activities such as supporting AZHC at Papago Park. Thanks to Bonnie Newhoff and Katie Tovar for the wonderful photos from the Annual Christmas party/meeting December 5.

Hidden for 30 years in the archives, it is fascinating to watch the dignitaries attending the 1992 Arizona Historymakers Gala. Held at the brand new AHS museum in Papago Park, the crowd was dressed in their finest. Kent Dana was MC for the evening. 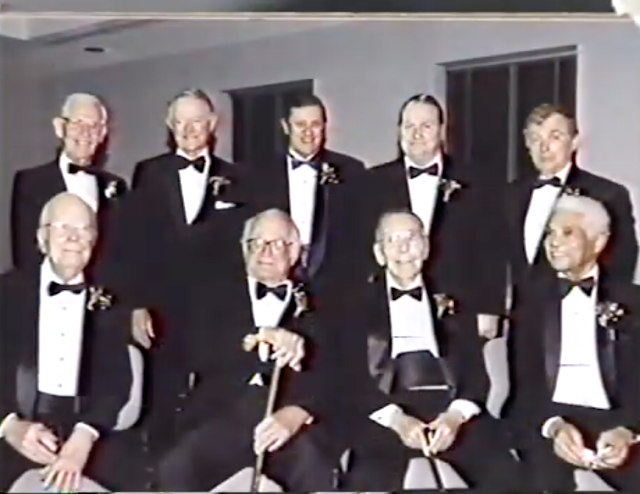 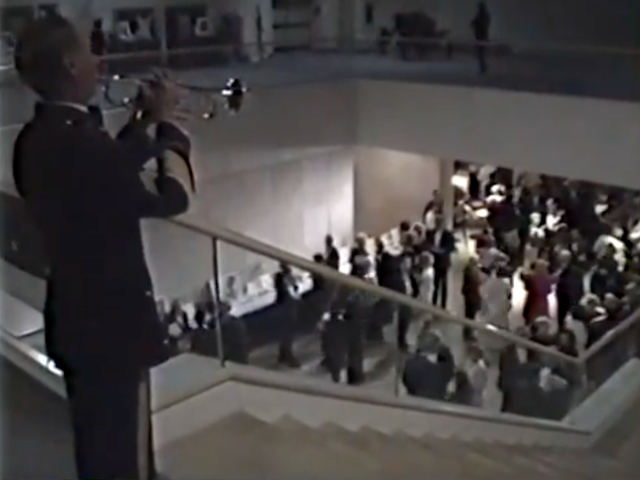 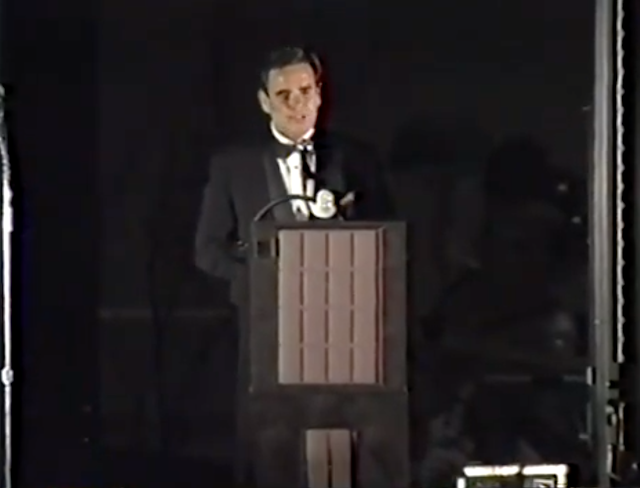 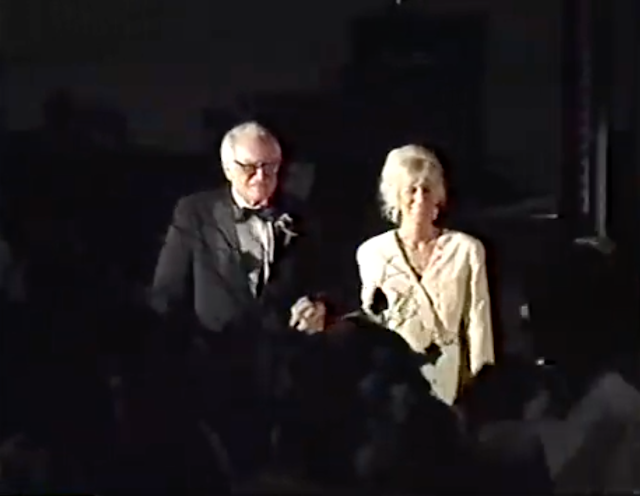 Well-deserved tribute in Scottsdale to Marshall Trimble, AZ official state historian and honored as Historymaker in 2014. 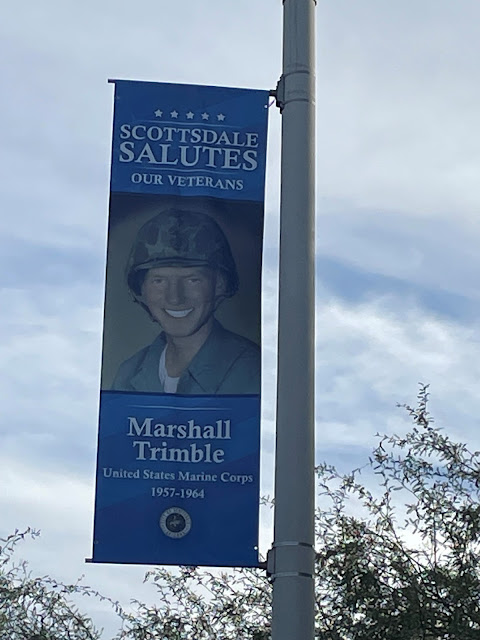 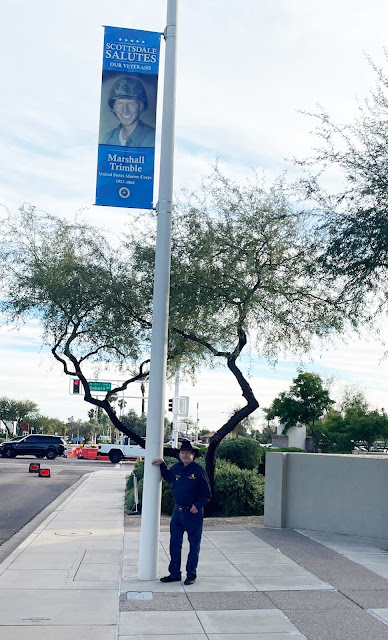 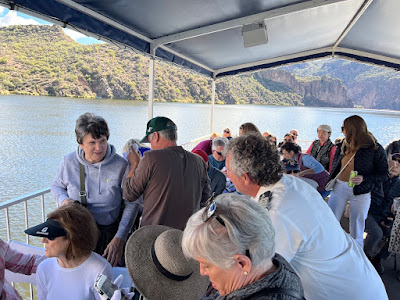 Ever get hit by a surprise cold shower on a boat? With the rain and fog from the night before, the Desert Belle awning was filled with water. Before boarding most of it was splashed overboard but there was just enough to soak Mariamne Moore and Scott as the boat turned in the water. Pat Christopherson was caught in the drenching. Squeals and laughter erupted. Captain John rushed over with towels and apologies.

It was enough to drive Sue Eberle, guest Vikki Kortsen and Claire Nullmeyer to drink Margaritas!

Kayakers, fishermen, water skiers, birders, photographers . . . what else will you see on Saguaro Lake in November? Fabulous scenery, towering cliffs and all sorts of vegetation including Sahuaro, Prickly Pear, Barrel, Crested Sahuaro, Ocotillo, Palo Verde and more. With twenty seven attending the tour, it was a day to embrace the beauty of Arizona as we re-connected with friends (with no business meeting involved). 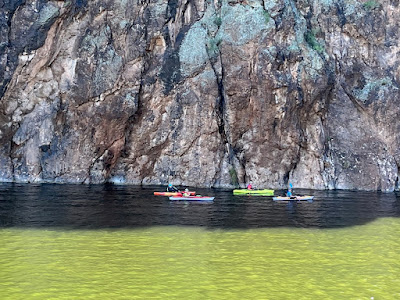 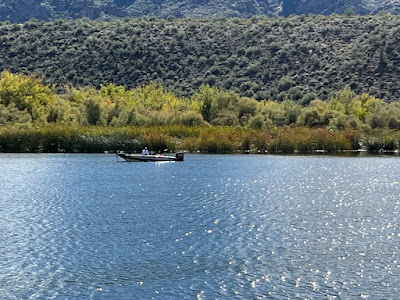 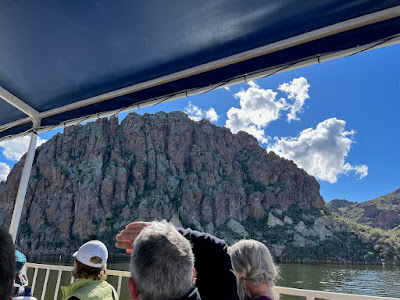 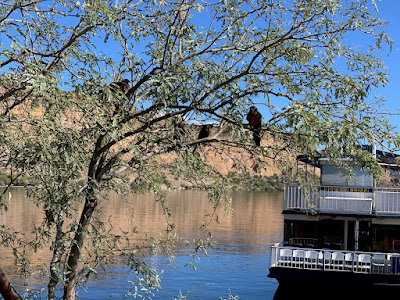 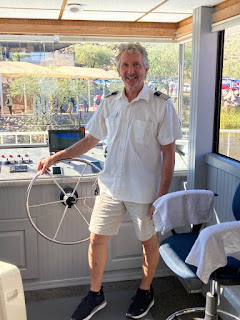 Do you remember, before all the development, when Phoenix and surrounding areas were mostly desert? A trip to Sahuaro Lake will bring it all back. Thanks to Lynn Wood for organizing a very successful scenic trip Thursday on the Desert Belle at Sahuaro Lake. 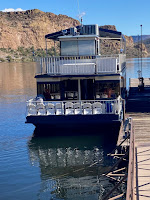 As he piloted the boat, Captain John gave a well-educated talk sprinkled with humor remarking, “When I learned The Historical League was touring today, I made sure all my facts and stories were accurate.” True words as two of the most knowledgeable history members, Zona Lorig and Norma Jean Coulter, were sitting up front!