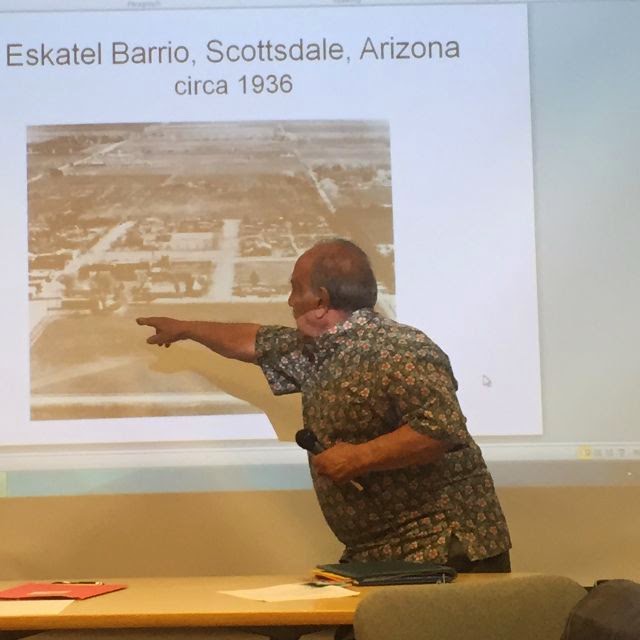 Mexicans in 1930-60's Scottsdale
After three days of celebrating his 90th birthday, Dr. Jose Maria Burruel said he wasn't quite as sharp as usual but he provided an interesting reflection on growing up in Scottsdale during the 1930-1960's. Encouraged by his friends to tell his story, he wrote for Arcadia Publishing "Images of America" producing a photo filled story of early Scottsdale.

Many of his friends joined the service during WWII even though they were not US Citizens. Several started family restaurants that were very popular (and still are), many played college and pro baseball - all greatly contributing to the growth of the area.