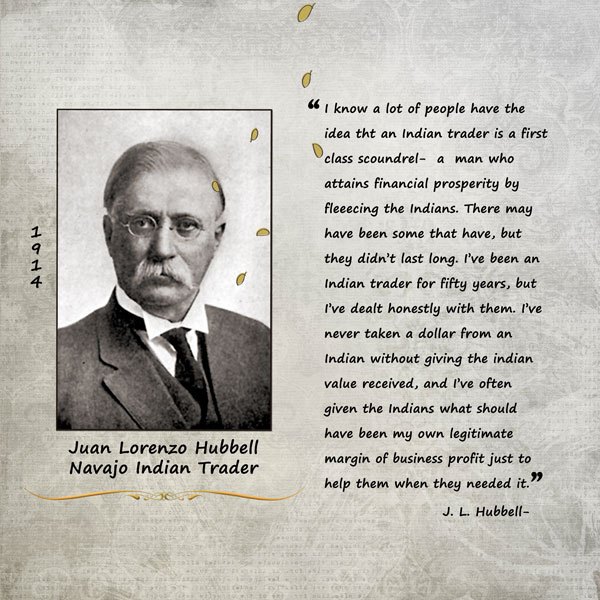 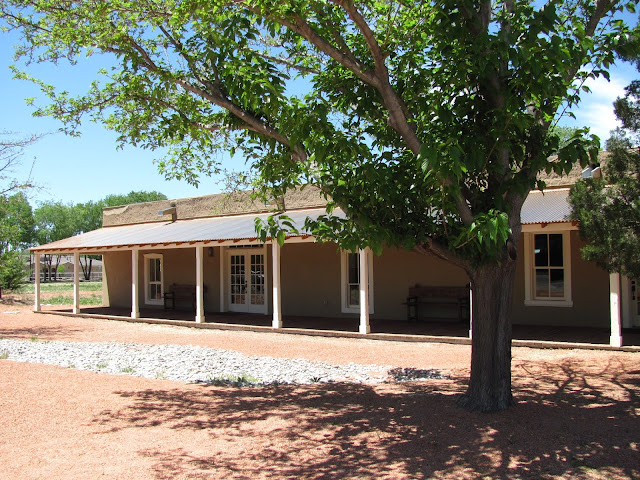 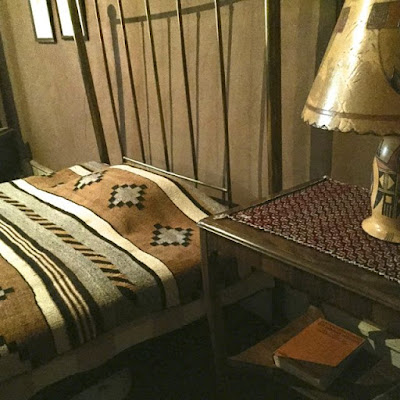 The Hubbell House was opened just for the Historical League group with a personally guided tour by a park ranger. It has remained the same as it was when he lived there with his family. Located behind the Trading Post, it is a snapshot in time to historic Arizona.
In 1878, John Lorenzo Hubbell purchased this trading post, ten years after Navajos were allowed to return to the Ganado region from their U.S. - imposed exile in Bosque Redondo, Fort Sumner, New Mexico. This ended what is known in Navajo history as the "Long Walk of the Navajo." It was declared a National Historic Landmark in 1960. 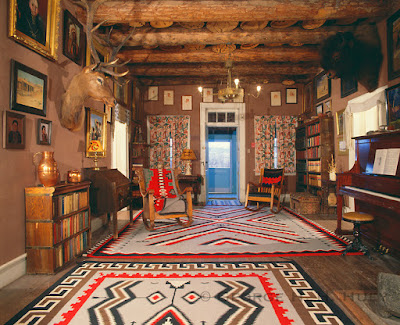 Heavy sandstones from the area were quarried in 1883 to begin construction of this solid building along the southern banks of the Pueblo Colorado Wash. Life at Hubbell Trading Post centered around it. The idea of trading was not new to the Navajos. Native American tribes in the Southwest had traded amongst themselves for centuries. During the four years' internment at Bosque Redondo, Navajos were introduced to many new items (e.g., flour, sugar, coffee, baking powder, canned goods, tobacco, tools, cloth, etc.). When the Anglos came to trade with the Navajos, the difference was in the products exchanged, and in the changes brought about by these exchanges. Traders like Hubbell supplied these items.

Thanks to Wikipedia for the information. 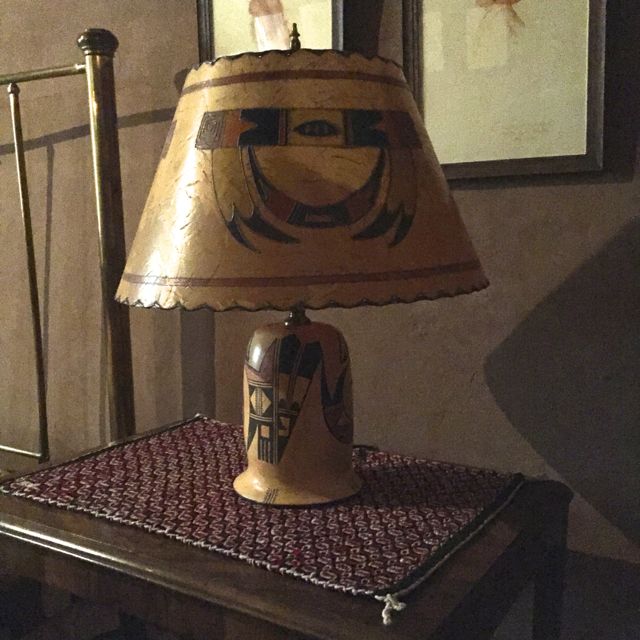 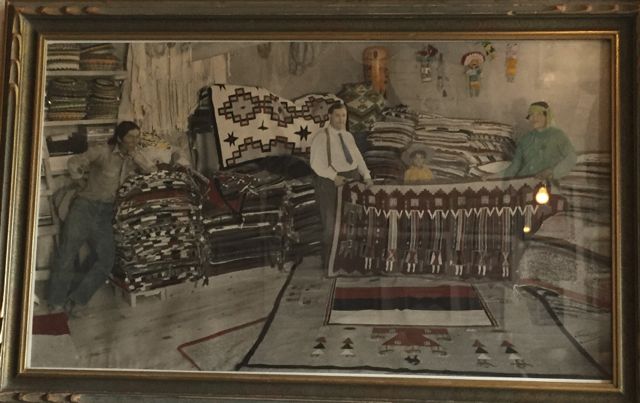