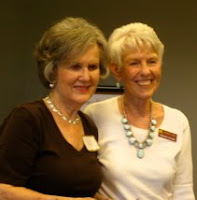 For over 75 years, these Orphan Trains rolled along, delivering their precious young riders to new homes. Thousands of children were transferred from the over-crowded orphanages and homes in the large cities in the northeastern United States, to live with new families on farms.
Historical League member Kathleen Fischer invited Norma Poling to share the touching story of her mother and the Orphan Train at the League meeting on May 3.
characters left

There are no facts. Add Fact

There are no stories. Add Story

Prev Next
In the mid-19th century, it was estimated that approximately 30,000 abandoned children were living on the streets of New York. They were a mixture of orphans, foundlings, waifs, half-orphans, and street urchins. 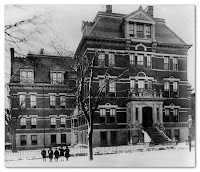 There were two main organizations that arranged for these children to be sent West. One was The Children's Aid Society and the other was The New York Founding Hospital. It was hoped by these organizations, that by sending these "orphans" out West to find new families they would have a better chance of leading a happy and productive life, than if left to fend for themselves on the streets of New York.

This Orphan Train movement began in 1854 and continued until 1930. It is estimated that between 150,000 and 200,000 children were relocated to new homes via the Orphan Trains.