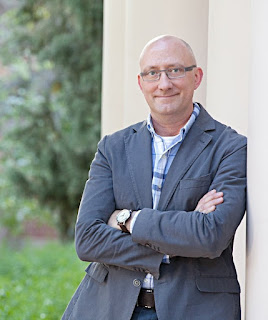 TUCSON, Arizona – After an extensive nationwide search, W. James Burns has been named the new executive director of the Arizona Historical Society.

Burns comes to the Arizona Historical Society from the University of Arizona, where he served as Director of the Center for Creative Photography and the University of Arizona Museum of Art. Previously, he served as Executive Director of the Desert Caballeros Western Museum in Wickenburg. Burns' appointment with the Arizona Historical Society is effective April 9.

“Dr. Burns’ background is versatile, having worked in history, anthropology, and art museums in four states over a period of nearly 30 years, including organizations in Flagstaff, Phoenix, Tempe, Tucson, and Wickenburg,” said Dr. Voie Chase Coy, President of the Board of Directors of the Arizona Historical Society. “His academic background is grounded in Arizona history, and the relationships he has built over the years will aid the Society in its fundraising efforts.”

During Burns' tenure, the University of Arizona Museum of Art thrived, serving as a model for audience engagement by connecting with underserved groups in Tucson, which positioned the institution well for re-accreditation by the American Alliance of Museums.

At the Desert Caballeros Western Museum, Burns led the museum through a transformative time in its history, conducting the institution’s first capital campaign in 27 years, exceeding the campaign goal by over 100%. In the process of fulfilling campaign promises, the institution’s new vision to be a nationally recognized center for Western art, history, and culture was realized. The journey resulted in the renewed commitment of longtime donors, the support of new individuals and foundations, and a deeper level of community engagement; admissions increased by 30% and membership by 40%.

During his respective tenures at the Desert Caballeros Western Museum and the University of Arizona Museum of Art, both institutions were honored by the Museum Association of Arizona with the Institutional Excellence Award for their exemplary programs, exhibitions, collections and scholarly research.

Burns succeeds Dr. Anne Woosley, longtime Executive Director of the Arizona Historical Society. President Coy noted that in recognition of her years of service, the Board had expressed their appreciation by naming her Emeritus Director.

Burns said what most excites him about his new role at the Arizona Historical Society is the opportunity to build a national reputation for the Society as a leader among 21st century historical organizations by establishing it as a model for audience engagement and place making. He envisions it as an institution that is nimble, inventive, and ambitious.

"The Arizona Historical Society board of directors was unanimous in selecting Dr. Burns to lead the society forward - he impressed both the board and staff with his vision for the future and the tangible steps we will take to get there,” said Kelly Corsette, Board Vice-President. “His record of accomplishment with a variety of cultural organizations in Arizona speaks volumes of both his abilities as a leader and his passion for our great state. The board is excited to work alongside Dr. Burns and the agency’s dedicated staff to reassert the historical society as a cornerstone of culture and community in Arizona."

"I am very excited about the opportunities for partnerships with museums and cultural organizations across the State," Burns said, adding that his new position fulfills a desire he has had to work with the Society since he was a graduate student at Arizona State University in the 1990s.

"I never wanted to leave Arizona, but my career took me elsewhere after graduate school. Since then, I have looked for a way to return to my home discipline and work with Arizona history. I'm passionate about the mission of the Arizona Historical Society. This opportunity is the culmination of 28 years of experience in the museum field."

As a result of his meeting with the Arizona Historical Society staff, Burns believes there will be a smooth transition. “We are all very excited about his hiring and are looking forward to working with him,” said Bill Ponder, Interim Director and Chief Administrative Officer.

Burns, whose research interests include the social and environmental history of the American West, earned a bachelor's degree in history from the University of Arizona and a master's degree from Arizona State University in public history. He went on to earn a doctorate in educational policy studies from Georgia State University. He is also a graduate of the Museum Management Institute, then hosted by the Getty Leadership Institute, (now the Museum Leadership Institute hosted by Claremont College). He currently serves as Chair of the Curators’ Committee of the American Alliance of Museums (AAM), as an AAM accreditation reviewer, as a peer reviewer for the Museum Assessment Program and as a board member of the Western Museums Association.

Previously, Burns worked for the Museum of Northern Arizona, the Louisiana State Museum, the Jamestown-Yorktown Foundation and the Atlanta History Center. From 2007 to 2010, he served as curator of history and city historian for the Tempe History Museum.