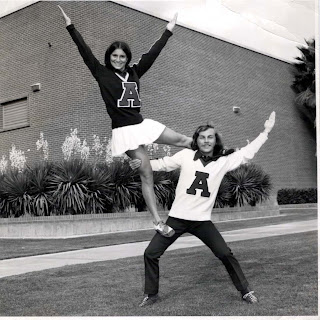 The Historical League recognized his commitment to Arizona when they honored Albert Rios in 2005 as a Historymaker.

The following article was in Arizona Republic August 19, 2013.

One of Arizona’s best-known writers and a 2002 finalist for the National Book Award, he has been named the state’s inaugural poet laureate.
Gov. Jan Brewer made the announcement Monday, Aug. 19, after an extensive selection process overseen by the Arizona Commission on the Arts. “Ríos demonstrates an unmatched dedication and love for the art of poetry,” Brewer said in a press release. “For more than four decades, his poetry and literary works have touched our communities and kept Arizona’s culture and heritage alive.”
The Legislature voted to create the post last year, passing a bill sponsored by Sen. Al Melvin (R-Tucson) to make Arizona the 43rd state with a poet or writer laureate.
Ríos will serve a two-year term, during which his official duties will include traveling throughout the state and giving at least four public readings per year. He is also to “undertake a major literary project with the goal of educating residents about poetry and literary arts.”
“It does feel like a job I’ve been doing all my life,” Ríos said.
“The best thing I can do is help people slow down. Privilege the fragment. Stop and, not smell the roses, but understand that moments count, too.”
A regents professor at Arizona State University, Ríos has published 10 collections of poems and three of short stories. His 1999 memoir about growing up on the U.S.-Mexico border, “Capirotada,” was selected for the OneBookAZ reading program in 2009.
In 2003, he composed the inauguration poem for Arizona Gov. Janet Napolitano, which included the lines, “Speak to the animal in us / And the animal will answer. / Speak to the human in us / And a voice in song will rise. … We are, / As things turn out, the answer and the problem both. / Every day we must choose our suit of clothes.