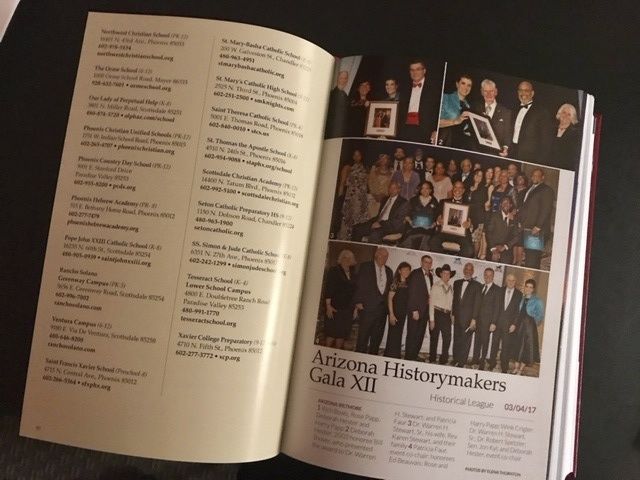 2017 Historymakers Gala Recognition Chair Pat Faur comments, "Nice to see the Historymakers Gala has a page in the newest Red Book. It is on page 91. Cindy Miller, the editor, told Andrea Evans (Evans Communications) that it was the best event she attended this year.

Placemaking and the Future of Phoenix Water

Join us as local artist Damian Jim introduces his brightly colored mural depicting the ancient Hohokam canal system, which still delivers water to Valley residents today. He’ll share insights about how he conceptualized the striking design for this larger-than-life mural. Damian's art talk will be followed by water resource expert, Sandy Fabritz-Whitney, who will connect Phoenix growth, placemaking and economic development in the context of the Valley’s future water supply - the key to life in our desert. Fabritz-Whitney served as Arizona’s director of Water Resources and currently directs water strategy for Freeport-McMoRan.
Event is free and open to the public. Presentation includes access to Phoenix Phabulous exhibition. All other exhibits closed. RSVP's requested to 480-929-0292, or azheritagecenter@azhs.gov.
Posted by Ruth at 5:34 PM No comments: 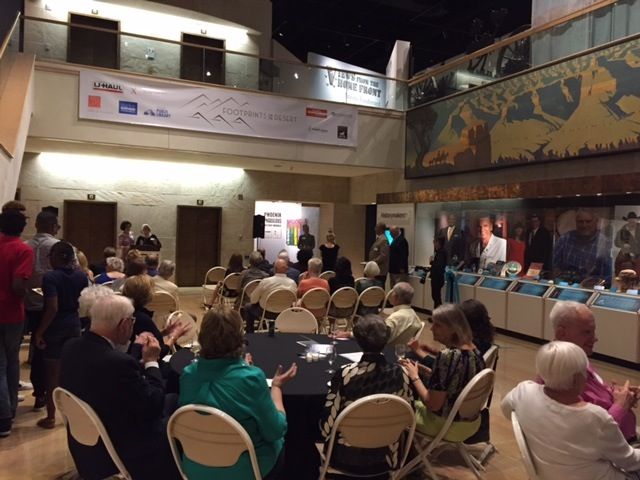 So much excitement and celebration of amazing Arizonans at the Historymaker Exhibit Opening October 18. A picture is worth a thousand words . . . 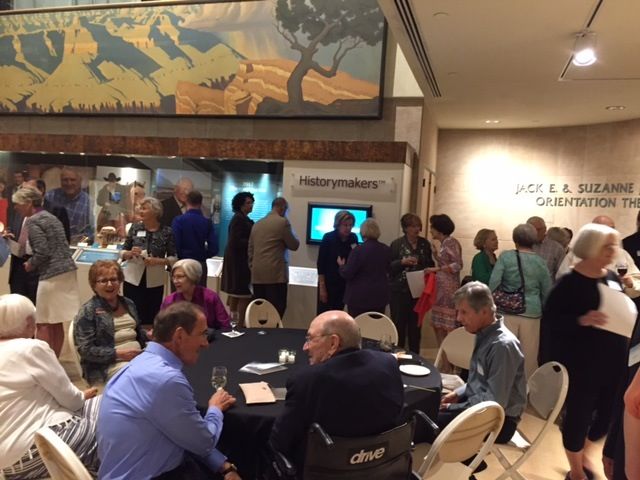 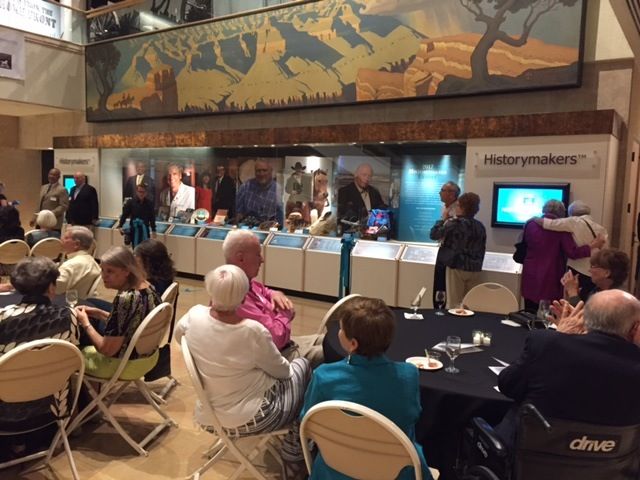 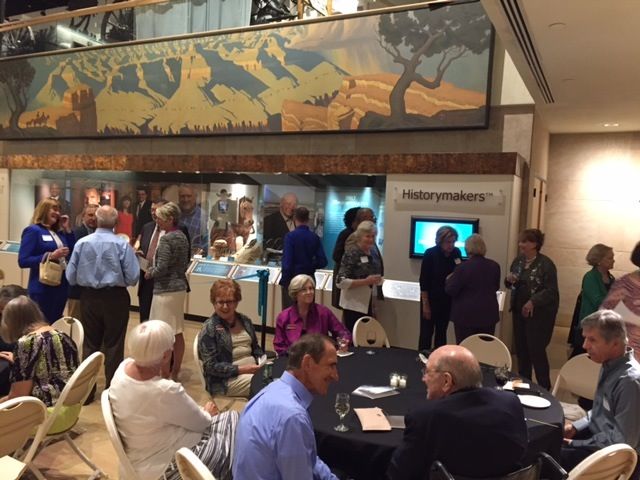 Cookbook committee meetings are great times to discuss the new book, recipes, Historymakers, tribute pages, stories of historic Arizona, fundraising, promotions, and, of course, publishing. How many books do we print? Where do we distribute them? What special events should we participate in? How many pre-sales of boxes of ten books? Lots of talk and lots of progress.

We are so grateful for the time and talents of all those Historical League members who have worked so hard on his new book. Stay tuned for the publication date! Here's a picture of committee members at the October 2 meeting. There are many more members not pictured here. 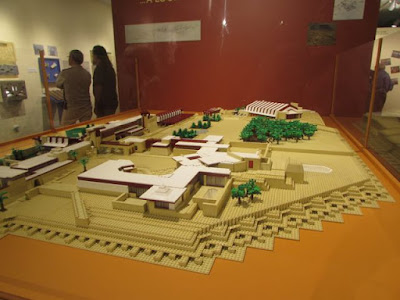 The exhibit features notable Frank Lloyd Wright designed buildings in Arizona. Wright’s architectural designs reveal painstaking attention to detail, with an intense dedication to sustainability and beauty. The exhibit includes images and artifacts from Wright’s Taliesin West, David Wright House and Harold C. Price House, as well as other Wright designs – including some that were never built. The exhibit will include supplemental information available digitally on mobile devices via the free Cuseum application. Footprints on the Desert: Frank Lloyd Wright in Arizona was organized by the AZ Heritage Center in cooperation with the Frank Lloyd Wright Foundation, and in conjunction with the year of Wright’s 150th birthday. 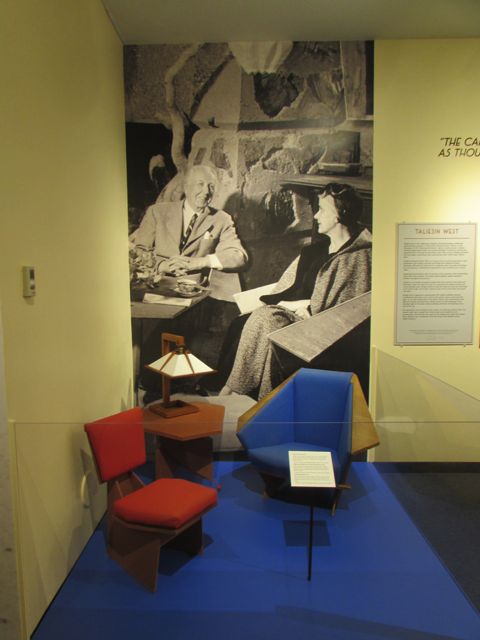 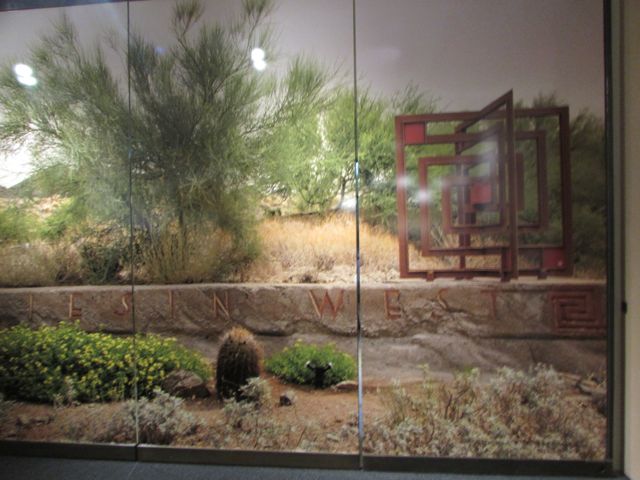 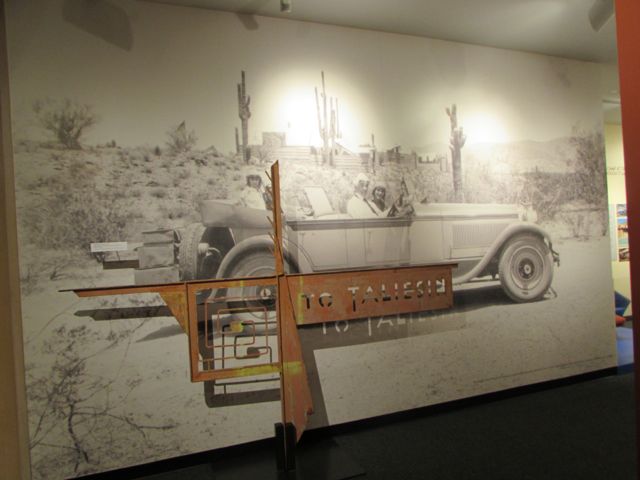 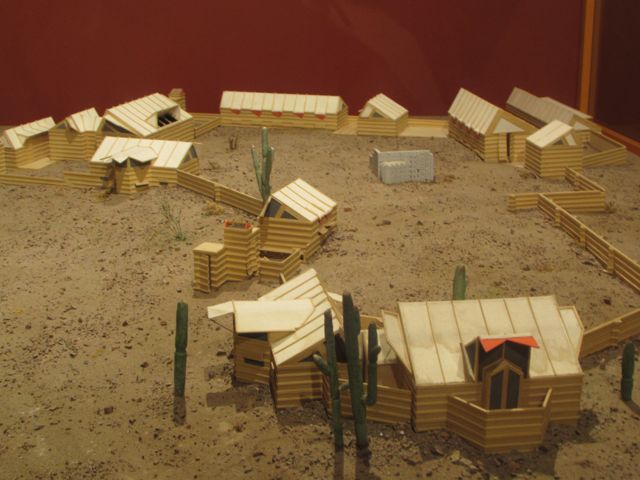 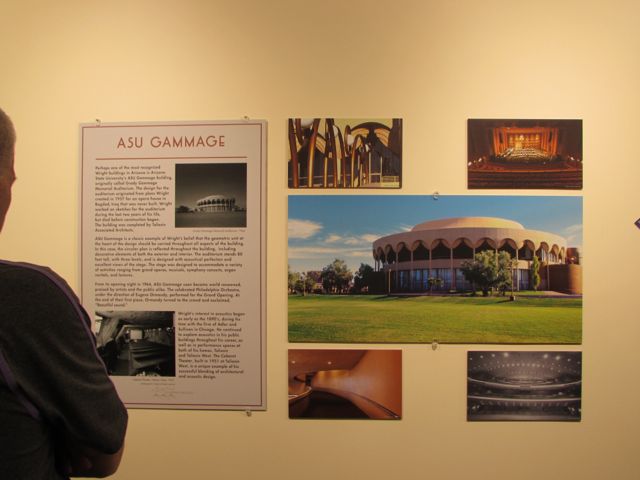 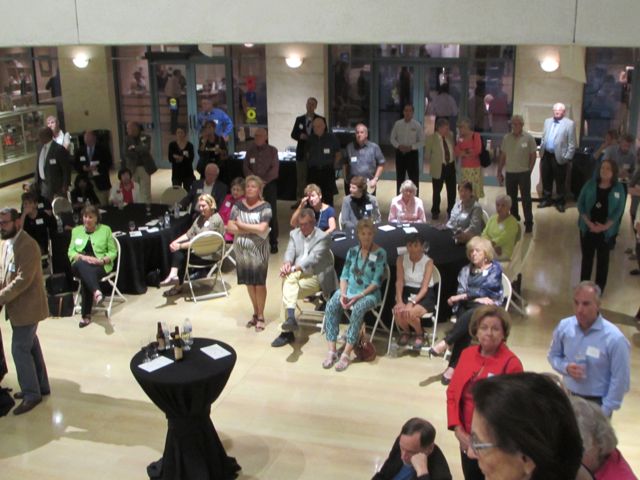 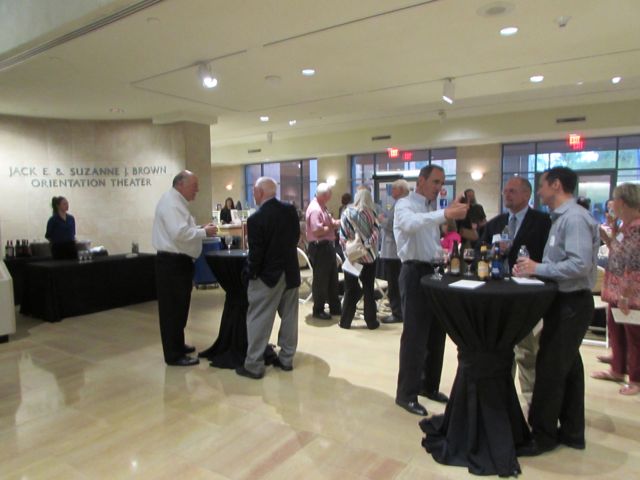 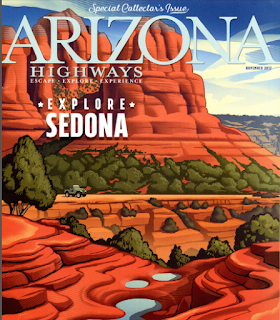 With her fantastic knowledge of Arizona and her amazing skills in writing, the Historical League is so fortunate to have Lisa as a member. We celebrate her upcoming book about her grandmother Sedona Schnebly, The Journal of Sedona Schnebly, and her recent article in Arizona Highways. 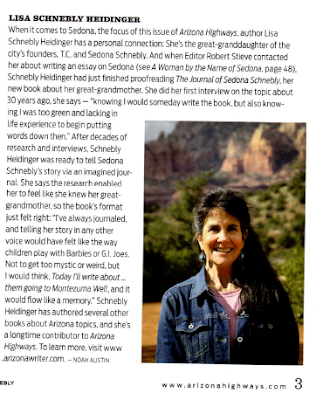 We are also grateful that Lisa was the creative writer in Tastes & Treasures II, A Storytelling Cookbook of Historic Arizona due out in a few months. 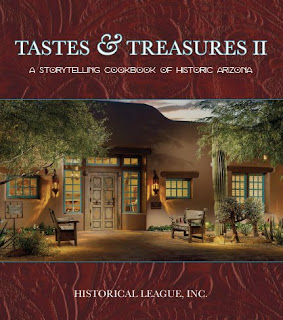 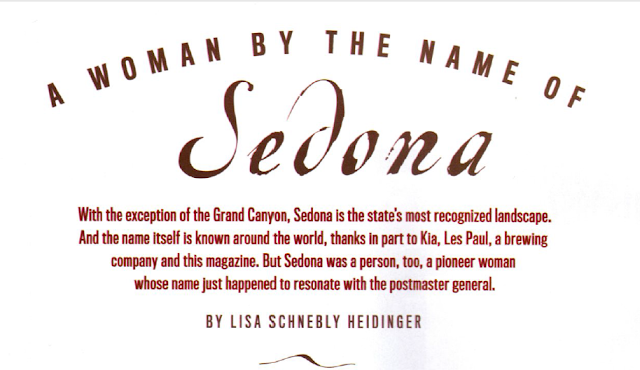 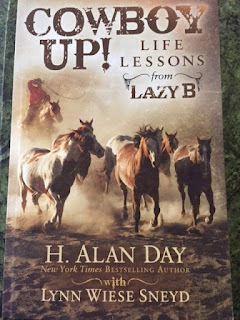 As part of the monthly Historical League meetings we often have guest speakers. Hearing the personal stories from Alan Day as he talked about his new book, Cowboy Up, on October 2 was most informative and entertaining. Alan grew up on the Lazy B and has been a rancher his entire life. After graduating from University of Arizona, he went straight back to the ranch and never left! Forty-five years later, he is sharing his life work in this new book and it is fascinating.

When his grandfather, H.C. Day started the ranch in 1880, it was part of New Mexico and Arizona Territories. It grew to 200,000 acres. The 5,000 head of cattle were originally from Chihuahua, Mexico and had the Lazy B brand. The name stayed.

H.C. Day and his wife, Alice, had many firsts in the area: the first brick house, the first bank, the first orchard, the first schoolhouse. 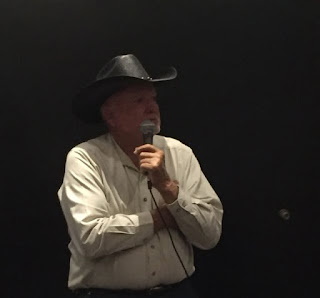 Cowboy Up, co-written with Lynn Weiss Sneyd, is filled with short stories of those times. Alan gave us the premier showing of his video of the ranch and his family. It has wonderful photographs and memories of his grandparents, his parents, and sister, Historymaker and former Justice Sandra Day O'Connor. Foremost in his talk, Alan shared his love of the land, the grasses and the importance of stewardship to the ranch. 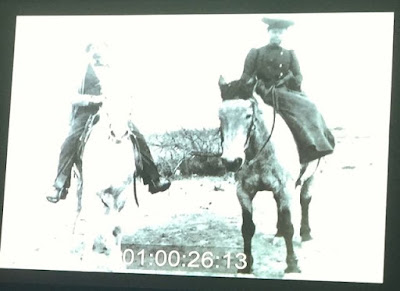 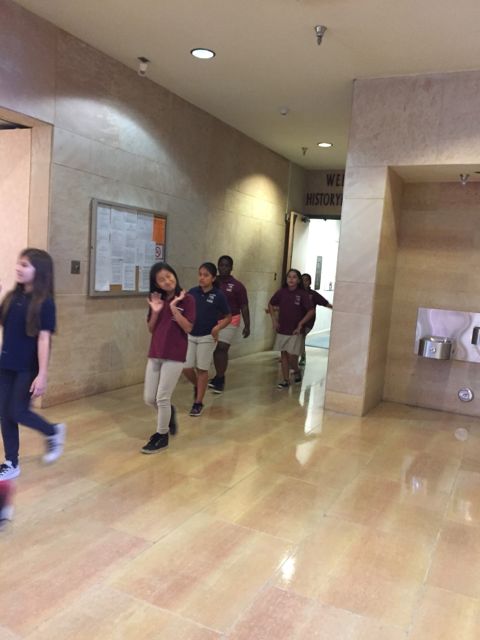 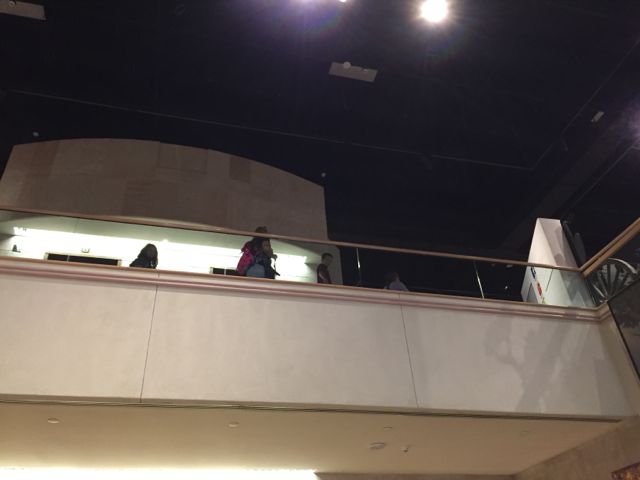 Frank Lloyd Wright students are all over the world 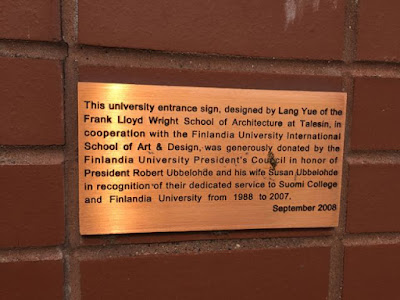 While visiting the upper peninsula of Michigan, I found this at Finlandia University in Hancock, Michigan.
The AZ Heritage Center at Papago Park in Tempe, AZ is celebrating 150 years of Frank Lloyd Wright with an exhibit opening Thursday, October 12. Save the Date!