Mackenzie Kimbro, a sixth generation cattle rancher in southeastern Arizona, will be accompanied by her mother, Kelly Glenn-Kimbro as guest speakers at the April 3 League meeting. They will share stories of their family's cattle ranch, mountain lion and deer hunts and their work with the Malpai  Borderlands Group. Mackenzie will bring her cookbook and speak about her culinary efforts and her career as a sports coach. Mrs. Glenn-Kimbro has been the spokesperson for the Ruger Gun Company since 1988. 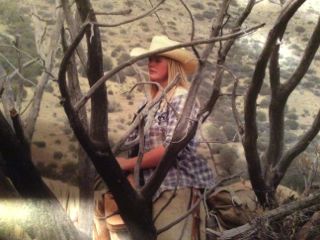 The Historical League meeting is at 10:00 am followed by lunch and guest speaker at AZ Heritage Center at Papago Park, Tempe, Arizona.
Posted by Ruth at 5:30 AM No comments: