Thank you in Thyme 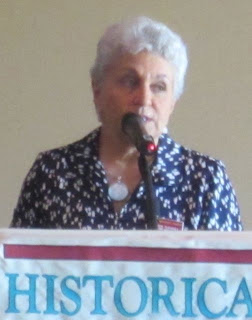 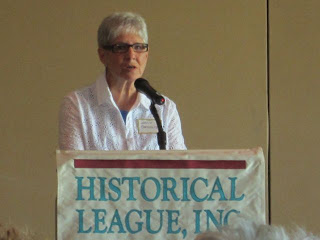 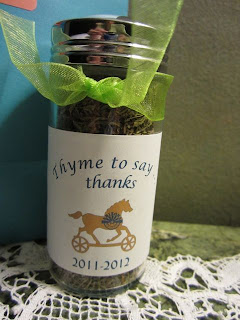 At the Spring Recognition Luncheon, Jackie Berkowitz announced the volunteer hours for 2011-2012. The Historical League has a cumulative total of 110,394 volunteer hours to the AZ Historical Society at Papago Park. President Sharron McKinney thanked her Board and we were all given a great gift of Thyme. Such a thoughtful, clever and useful idea.

Thyme, botanically-known as thymus vulgaris, gets its name from the Greek word thymon, an herb used as incense or as a fumigator during sacrifices.

Native to the Mediterranean region, thyme was brought to Britain by the Romans. Long-prized for its medicinal uses, ancient Egyptians used thyme oil in their embalming process.

Legend has it that thyme was an essential ingredient in a magic brew that allowed the drinker to see the fairies. It was also considered an aphrodisiac.