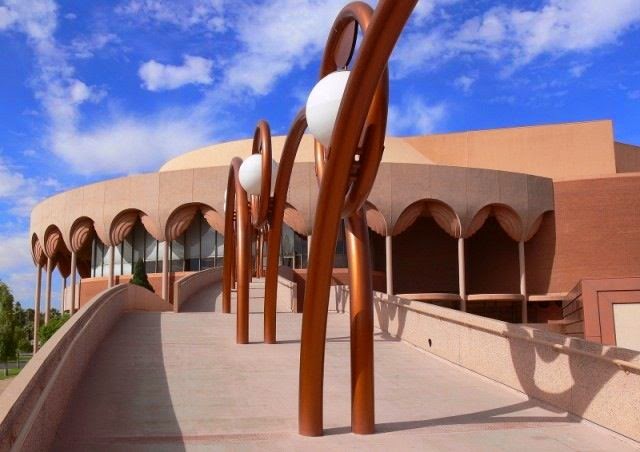 BEHIND-THE-SCENES AT GRADY GAMMAGE MEMORIAL AUDITORIUM
THURSDAY, OCTOBER 9, 2014
This historic venue on the Arizona State University campus opened in 1964 and is celebrating its 50th anniversary this year.  The 3000-seat auditorium was designed by Frank Lloyd Wright and named for Grady Gammage, President of ASU from 1933-1959.  In 1985 the building was placed on the National Register of Historic Places.