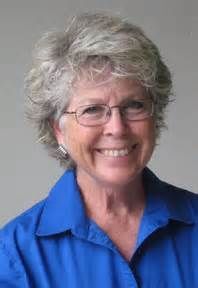 
We are pleased to announce that our speaker at the general membership meeting on February 1, 2016 will be CAROLYN O’BAGY DAVIS, a fourth-generation descendant of Utah pioneers, and the author of 14 books on archaeology, quilting and the history of the Southwest. She will be speaking about an Arizona legend, Goldie Tracy Richmond, the woman who was the Tohono O’odham Indian trader who made amazing applique? quilts with images of the O’odham life.

Carolyn’s book, Hopi Summer, was selected as the OneBookArizona for 2011 and Desert Trader was named one of the Best Books of the Southwest 2012. Carolyn was founding President of the Tucson Quilters Guild and Old Pueblo Archaeology Center, and is an inducted member of the Society of Women Geographers and the Arizona Quilters Hall of Fame. She has appeared on HGTV, PBS, and Lifetime television programs and has curated many traveling museum exhibits.

The Arizona Historical Society owns three of Goldie’s world-renowned quilts, and we will have one in the lobby for our program on February 1. We decided to publicize this program to non-members, and to have the lunch catered by the Dancing Chef. He leases the museum kitchen and catered the HistorymakerTM Exhibit Unveiling event. Our general membership meeting will be at 10:00 in the boardroom, as usual. Our luncheon and program will be in the lobby at 11:30.